Class 11 Chemical Bonding and Molecular Structure MCQ is one of the best strategies to prepare for the CBSE Class 11 Board exam. If you want to complete a grasp concept or work on one’s score, there is no method except constant practice. Students can improve their speed and accuracy by doing more MCQs on Chemical Bonding and Molecular Structure Class 11, which will help them all through their board tests.

Class 11 Chemistry MCQ with answers are given here to Chapter 4 Chemical Bonding and Molecular Structure. These MCQs are based on the latest CBSE board syllabus and relate to the latest Class 11 Chemistry syllabus. By Solving these Class 11 MCQs, you will be able to analyze all of the concepts quickly in the chapter and get ready for the Class 11 Annual exam.

Question 1. The bond formed as a result of the electrostatic attraction between the positive and negative ions is termed as …
(a) Chemical bond
(b) Electrovalent bond
(c) Co-ordinate bond
(d) Covalent bond

Question 2. Which of the following is/are not the condition(s) for Lewis dot structure?
(i) Each bond is formed as a result of sharing of an electron pair between the atoms.
(ii) From the two combining atoms only one atom contribute electron(s) to the shared pair.
(iii) The combining atoms attain the outer shell noble gas configurations as a result of the sharing of electrons.
(a) (i) and (iii)
(b) (ii) and (iii)
(c) (ii) only
(d) (iii) only

Question 3. Who provide explanation of valence based on intertness of noble gases ?
(a) Lewis
(b) Kossel-Lewis
(c) Langmuir
(d) Sidgwick & Powell

Question 4. In the formation of a molecule which of the following take part in chemical combination?
(a) cation
(b) anion
(c) valence electron
(d) inner shell electron

Question 5. Who introduced the term covalent bond ?
(a) Lewis
(b) Langmuir
(c) Nyholm and Gillespie
(d) Heitler and London

Question 8. Cation and anion combines in a crystal to form following type of compound
(a) ionic
(b) metallic
(c) covalent
(d) dipole-dipole

Question 10. Which of the following compounds does not follow the octet rule for electron distribution?
(a) PCl5
(b) PCl3
(c) H2O
(d) PH3

Question 12. The evolution of various theories of valence and the interpretation of the nature of chemical bonds have closely been related to the developments in the understanding of
(a) structure of atom
(b) electronic configuration of elements
(c) periodic table
(d) All of the above

Question 13. The lowest energy structure is the one with the ………. formal charges on the atoms.
(a) smallest
(b) highest
(c) zero
(d) negative

Question 20. The effect of more electronegative atom on the strength of ionic bond
(a) increases
(b) decreases
(c) remains the same
(d) decreases slowly

Question 22. What are the exceptions of the octet rule ?
(a) The incomplete octet of central atom
(b) An odd number of electrons on central atom.
(c) Expanded octet of the central atom
(d) All of these

Question 25. In ionic solids how crystal structure get stabilized
(a) By the energy released in the formation of crystal lattice.
(b) By achieving octet of electrons around the ionicspecies in gaseous state.
(c) By electron gain enthalpy and the ionization enthalpy.
(d) None of these

Question 27. Among the following which compound will show the highest lattice energy ?
(a) KF
(b) NaF
(c) CsF
(d) RbF

Question 29. All the bond lengths of sulphur – oxygen in sulphate ion, are equal because of:
(a) symmetry
(b) resonance
(c) high electronegativity of oxygen
(d) None of these

Question 31. Which of the following methods is used for measuringbond length ?
(a) X-ray diffraction
(b) Electron-diffraction
(c) Spectroscopic techniques
(d) All of these

Question 35. Which of the following statement is correct?
(a) Amount of energy required to break one mole of bonds of a particular type between two atoms in a gaseous state is called bond enthalpy.
(b) The unit of bond enthalpy is kJ mol–1
(c) Larger the bond dissociation enthalpy, stronger will be the bond in the molecule
(d) All of these

Question 36. ………. is measured as the radius of an atom’s core which is in contact with the core of an adjacent atom in a bonded situation.
(a) van der Waal’s radius
(b) Bond length
(c) Covalent radius
(d) Ionic radius

Whoever needs to take the CBSE Class 11 Board Exam should look at this MCQ. To the Students who will show up in CBSE Class 11 Chemistry Board Exams, It is suggested to practice more and more questions. Aside from the sample paper you more likely had solved. These Chemical Bonding and Molecular Structure Class 11 MCQ are ready by the subject specialists themselves.

Question 42. Identify the non polar molecule in the following compounds
(a) H2
(b) HCl
(c) HF and HBr
(d) HBr

Question 43. A neutral molecule XF3 has a zero dipole moment. The element X is most likely
(a) chlorine
(b) boron
(c) nitrogen
(d) carbon

Question 66. Malleability and ductility of metals can be accounted due to
(a) the presence of electrostatic force
(b) the crystalline stmcture in metal
(c) the capacity of layers of metal ions to slide over the other
(d) the interaction of electrons with metal ions in the lattice

Question 67. Which of the following has strongest hydrogen bonding?
(a) Ethylamine
(b) Ammonia
(c) Ethyl alcohol
(d) Diethyl ether

Question 72. Glycerol is more viscous than ethanol due to
(a) high molecular weight
(b) high boiling point
(c) many hydrogen bonds per molecule
(d) Fajan’s rule

Question 73. Oxygen and sulphur both are the member of same group in Periodic Table but H2O is liquid while H2 Sis gas because
(a) molecular weight of water is more
(b) electronegativity of sulphur is more
(c) H2S is weak acid
(d) water molecules are having strong hydrogen bonds between them

Question 75. H-bond is not present in
(a) water
(b) glycerol
(c) hydrogen fluoride
(d) hydrogen sulphide

Question 76. Metallic lusture is explained by
(a) diffusion of metal ions
(b) osci Ila ti on of loose electrons
(c) excitation of free protons
(d) existence of bee lattice

We hope the information shared above in regards to MCQ on Chemical Bonding and Molecular Structure Class 11 with Answers has been helpful to you. if you have any questions regarding CBSE Class 11 Chemistry Solutions MCQs Pdf, write a comment below and we will get back to you as soon as possible. 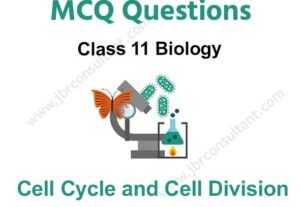