Gravitation Class 11 MCQ is one of the best strategies to prepare for the CBSE Class 11 Board exam. If you want to complete a grasp concept or work on one’s score, there is no method except constant practice. Students can improve their speed and accuracy by doing more MCQ on Gravitation Class 11, which will help them all through their board test.

Class 11 Physics MCQ with answers are given here to Chapter 8 Gravitation. These MCQs are based on the latest CBSE board syllabus and relate to the latest Class 11 Physics syllabus. By Solving these Class 11 MCQs, you will be able to analyze all of the concepts quickly in the chapter and get ready for the Class 11 Annual exam.

Question 2. A satellite is orbiting around the earth near its surface. If its kinetic energy is doubled, then
(a) it will remain in the same orbit.
(b) it will fall on the earth.
(c) it will revolve with greater speed.
(d) it will escape out of the gravitational field of the earth.

Question 3. Mass of the Earth has been determined through
(a) use of Kepler’s T2/R3 constancy law and Moon’s period
(b) sampling the density of Earth’s crust and using Earth’s radius
(c) Cavendish’s determination of G and using Earth radius and g at its surface
(d) use of periods of satellites at different heights above Earth’s surface and known radius of Earth

Question 8. A man waves his arms while walking. This is to
(a) keep constant velocity
(b) ease the tension
(c) increase the velocity
(d) balance the effect of earth’s gravity

Question 9. Consider Earth to be a homogeneous sphere. Scientist A goes deep down in a mine and scientist B goes high up in a balloon. The gravitational field measured by
(a) A goes on decreasing and that by B goes on increasing
(b) B goes on decreasing and that by A goes on increasing
(c) each decreases at the same rate
(d) each decreases at different rates

Question 12. A missile is launched with a velocity less than escape velocity. The sum of its kinetic and potential energies is
(a) zero
(b) negative
(c) positive
(d) may be positive, negative or zero.

Question 24. Two astronauts are floating in gravitation free space after having lost contact with their spaceship. The two will
(a) move towards each other.
(b) move away from each other.
(c) become stationary
(d) keep floating at the same distance between them.

Whoever needs to take the CBSE Class 11 Board Exam should look at this MCQ. To the Students who will show up in CBSE Class 11 Physics Board Exams, It is suggested to practice more and more questions. Aside from the sample paper you more likely had solved. These Gravitation Class 11 MCQ are ready by the subject specialists themselves.

Question 29. If value of acceleration due to gravity changes from one place to another, which of the following forces will undergo a change ?
(a) Viscous force
(b) Buoyant force
(c) Magnetic force
(d) All of the above

Question 33. Two spherical bodies of mass M and 5M and radii R and 2R respectively are released in free space with initial separation between their centres equal to 12 R. If they attract each other due to gravitational force only, then the distance covered by the smaller body just before collision is
(a) 2.5 R
(b) 4.5 R
(c) 7.5 R
(d) 1.5 R

Question 34. If the radius of the earth were to shrink by one per cent, its mass remaining the same, the acceleration due to gravity In the earth’s surface would
(a) decrease
(b) remain unchanged
(c) increase
(d) None of these

Question 37. Two spherical bodies of mass M and 5 M and radii R and 2 R released in free space with initial separation between their centres equal to 12 R. If they attract each other due to gravitational force only, then the distance covered by the smaller body before collision is
(a) 4.5 R
(b) 7.5 R
(c) 1.5 R
(d) 2.5 R

Question 43. If there were a small gravitational effect, then which of the following forces will undergo a change?
(a) Viscous force
(b) Electrostatic force
(c) Magnetic force
(d) Archimedes’ uplift

Question 46. Different points in the earth are at slightly different distances from the sun and hence experience different forces due to gravitation. For a rigid body, we know that if various forces act at various points in it, the resultant motion is as if a net force acts on the CM (centre of mass) causing translation and a net torque at the CM causing rotation around an axis through the CM. For the earth-sun system (approximating the earth as a uniform density sphere).
(a) the torque is zero
(b) the torque causes the earth to spin
(c) the rigid body result is not applicable since the earth is not even approximately a rigid body
(d) the torque causes the earth to move around the sun

You can easily get good marks If you study with the help of Class 11 Gravitation MCQ. We trust that information provided is useful for you. NCERT Gravitation Class 11 MCQ PDF Free Download would without a doubt create positive results.

We hope the information shared above in regards to MCQ on Gravitation Class 11 with Answers has been helpful to you. if you have any questions regarding CBSE Class 11 Physics Solutions MCQs Pdf, write a comment below and we will get back to you as soon as possible. 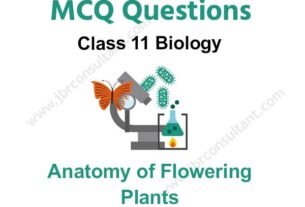