Motion in a Plane Class 11 MCQ Questions with Answer

Class 11 Physics MCQ with answers are given here to Chapter 4 Motion in a Plane. These MCQs are based on the latest CBSE board syllabus and relate to the latest Class 11 Physics syllabus. By Solving these Class 11 MCQs, you will be able to analyze all of the concepts quickly in the chapter and get ready for the Class 11 Annual exam.

Question 1. The shape of trajectory of the motion of an object is determined by
(a) acceleration
(b) initial position
(c) initial velocity
(d) All of these

Question 6. In the projectile motion, if air resistance is ignored, the horizontal motion is at
(a) constant acceleration
(b) constant velocity
(b) variable acceleration
(d) constant retardation

Question 7. A bullet is dropped from the same height when another bullet is fired horizontally. They will hit the ground
(a) one after the other
(b) simultaneously
(c) depends on the observer
(d) None of these

Question 8. The time of flight of a projectile on an upward inclined plane depends upon
(a) angle of inclination of the plane
(b) angle of projection
(c) the value of acceleration due to gravity
(d) all of the above.

Question 12. Acceleration due to gravity
(a) a scalar
(b) a vector
(c) polar vector
(d) None of these

Question 23. At the top of the trajectory of a projectile, the acceleration is
(a) maximum
(b) minimum
(c) zero
(d) constant (g)

Question 25. A particle moves in a plane with a constant acceleration in a direction different from the initial velocity. The path of the particle is a/an
(a) straight line
(b) arc of a circle
(c) parabola
(d) ellipse

Whoever needs to take the CBSE Class 11 Board Exam should look at this MCQ. To the Students who will show up in CBSE Class 11 Physics Board Exams, It is suggested to practice more and more questions. Aside from the sample paper you more likely had solved. These Motion in a Plane Class 11 MCQ are ready by the subject specialists themselves.

Question 27. Two bullets are fired horizontally with different velocities from the same height. Which will reach the ground first?
(a) Slower one
(b) Faster one
(c) Both will reach simultaneously
(d) It cannot be predicted

Question 36. The greatest range of a particle, projected with a given velocity on an inclined plane, is x times the greatest vertical  altitude above the inclined plane. Find the value of x.
(a) 2
(b) 4
(c) 3
(d)1/2

Question 39. A stone is just released from the window of a moving train moving along a horizontal straight track. The stone will hit the ground following a
(a) straight line path
(b) circular path
(c) parabolic path
(d) hyperbolic path

Question 42. Two balls are projected simultaneously in the same vertical plane from the same point with velocities v1 and v2 with angle q1 and q2 respectively with the horizontal. If v1 cos q1 = v2 cos q2, the path of one ball as seen from the position of other ball is :
(a) parabola
(b) horizontal straight line
(c) vertical straight line
(d) straight line making 45° with the vertical

Question 45. A river flow with a speed more than the maximum speed with which a person can swim in the still water. He intends to cross the river by shortest possible path (i.e., he wants to reach the point on the opposite bank which directly opposite to the starting point). Which of the following correct?
(a) He should start normal to the river bank.
(b) He should start in such a way that, he moves normal to the bank, relative to the bank.
(c) He should start in a particular (calculated) direction making an obtuse angle with the direction of water current.
(d) The man cannot cross the river, in that way.

We hope the information shared above in regards to MCQ on Motion in a Plane Class 11 with Answers has been helpful to you. if you have any questions regarding CBSE Class 11 Physics Solutions MCQs Pdf, write a comment below and we will get back to you as soon as possible. 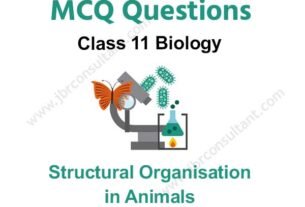 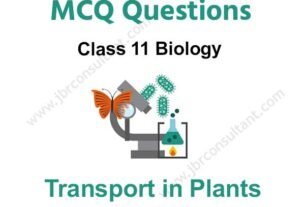 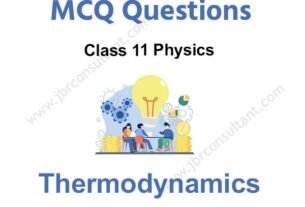