Waves Class 11 MCQ is one of the best strategies to prepare for the CBSE Class 11 Board exam. If you want to complete a grasp concept or work on one’s score, there is no method except constant practice. Students can improve their speed and accuracy by doing more MCQ on Waves Class 11, which will help them all through their board test.

Class 11 Physics MCQ with answers are given here to Chapter 15 Waves. These MCQs are based on the latest CBSE board syllabus and relate to the latest Class 11 Physics syllabus. By Solving these Class 11 MCQs, you will be able to analyze all of the concepts quickly in the chapter and get ready for the Class 11 Annual exam.

Learn Class 11 Waves MCQs with answers pdf free download according to the latest CBSE and NCERT syllabus. Students should prepare for the examination by solving CBSE Class 11 Physics Waves MCQ with answers given below

Question 10. The second overtone of an open organ pipe has the same frequency as the first overtone of a closed pipe L metre long. The length of the open pipe will be
(a) L
(b) 2L
(c) L/2
(d) 4L

Whoever needs to take the CBSE Class 11 Board Exam should look at this MCQ. To the Students who will show up in CBSE Class 11 Physics Board Exams, It is suggested to practice more and more questions. Aside from the sample paper you more likely had solved. These Waves Class 11 MCQ are ready by the subject specialists themselves.

Question 13. The total mechanical energy of a spring-mass system in simple harmonic motion is m 2A2 E = 1/2 mω2A2 . Suppose the oscillating particle is replaced by another particle of double the mass while the amplitude A remains the same. The new mechanical energy will
(a) become 2E
(b) become E/2
(c) become √2E
(d) remain E

Question 34. A car is moving towards a high cliff. The car driver sounds a horn of frequency f. The reflected sound heard by the driver has as frequency 2f. If v be the velocity of sound, then the velocity of the car, in the same velocity units, will be
(a) v /2
(b) v /Ö2
(c) v /3
(d) v /4

Question 36. Two identical piano wires kept under the same tension T have a fundamental frequency of 600 Hz. The fractional increase in the tension of one of the wires which will lead to occurrence of 6 beats/s when both the wires oscillate together would be
(a) 0.02
(b) 0.03
(c) 0.04
(d) 0.01

Question 11. With propagation of longitudinal waves through a medium, the quantity transmitted is
(a) matter
(b) energy
(c) energy and matter
(d) energy, matter and momentum

Question 14. A sound wave is passing through air column in the form of compression and rarefaction. In consecutive compressions and rarefactions,
(a) density remains constant
(b) Boyle’s law is obeyed
(c) bulk modulus of air oscillates
(d) there is no transfer of heat

You can easily get good marks If you study with the help of Class 11 Waves MCQ. We trust that information provided is useful for you. NCERT Waves Class 11 MCQ PDF Free Download would without a doubt create positive results.

We hope the information shared above in regards to MCQ on Waves Class 11 with Answers has been helpful to you. if you have any questions regarding CBSE Class 11 Physics Solutions MCQs Pdf, write a comment below and we will get back to you as soon as possible. 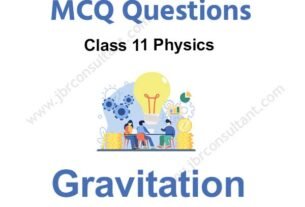