Kings Farmers And Towns Class 12 MCQ is one of the best strategies to prepare for the CBSE Class 12 Board exam. If you want to complete a grasp concept or work on one’s score, there is no method except constant practice. Students can improve their speed and accuracy by doing more MCQ on Kings Farmers And Towns class 12, which will help them all through their board test.

Class 12 History MCQ with answers are given here to chapter 2 Kings Farmers And Towns. These MCQs are based on the latest CBSE board syllabus and relate to the latest Class 12 History syllabus. By Solving these Class 12 MCQs, you will be able to analyze all of the concepts quickly in the chapter and get ready for the Class 12 Annual exam.

Question 1:  _______ were elaborate stone structures in central and south India in first millennium BCE.
(a) Pannai.
(b) Megaliths.
(c) Dhamma.
(d) None of the above.

Question 2:  Identify the best reason for considering King Ashoka as ‘Devanampiya’ or ‘Piyadassi’ by his subjects.
(a) Asoka commissioned the edicts himself.
(b) He adopted the title of ‘Devaputra’.
(c) Epigraphists have concluded him as Devanampiya.
(d) He worked for the well being of society through Dhamma.

Question 3:  In which of the following languages have the earliest inscriptions been recorded?
(a) English
(b) Prakrit
(c) Pali
(d) Sanskrit

Question 4: Megasthenes mentions a committee with six subcommittees of military, of which the fifth looked after
(a) chariots.
(b) foot-soldiers.
(c) horses.
(d) transport.

Question 5:  Which of these archaeological sources occupy a significant place in the reconstruction of the ancient Indian history?
(a) Vedas
(b) Coins
(c) Inscriptions
(d) Both (b) and (c)

Question 6:  Magadha was the most powerful Mahajanapada from sixth to fourth century BCE. Historians offered different kinds of explanations for the growth of Magadha. Which of the following statement is incorrect regarding the growth of Magadha?
(a) Magadha was a region where agriculture was epecially productive.
(b) Iron mines were accessible and provided resources for tools and weapons.
(c) Magadha’s proximity to the sea makes it a business hub. Many foreign traders used to come here for trading purposes.
(d) Elephants, an important component of the army, were found in forests in the region.

Question 7:  Which one of these became the most powerful Mahajanapada between the sixth and the fourth centuries BCE?
(a) Magadha
(b) Kashi
(c) Chedi
(d) Kuru

Question 8:  Which one of the following was the first capital of Magadha?
(a) Rajagaha
(b) Ujjain
(c) Taxila
(d) Gandhara

Question 10:  The first gold coin was issued in the first century CE by:
(a) Mauryas
(b) Mughals
(c) Kushanas
(d) Rajputs

Question 11:  The Prayaga Prashasti (also known as the Allahabad Pillar Inscription) was composed in Sanskrit by Harishena. Harishena was the court poet of which of the following kings?
(a) King Samudragupta
(b) King Ashoka
(c) King Chandra Gupta Maurya
(d) King Kanishka

Question 12:  Who was the first ruler to inscribe his messages to his subjects and officials on stone surfaces – natural rocks as well as polished pillars?
(a) Kanishka
(b) Bimbisara
(c) Chandra Gupta Maurya
(d) Ashoka

Question 13:  Who composed the Prayag Prashasti in praise of Samudragupta?
(a) Prabhavati Gupta
(b) Harisena
(c) Kautilya
(d) Banabhatta

Question 16:  The __________ describes the plight of the subjects of a wicked king; these included elderly women and men, cultivators, herders, village boys and even animals.
(a) Gandatindu Jataka
(b) Panchtantara
(c) Jataka
(d) Vayushastra

Question 18:  What were the guilds of the merchants and craftsmen called?
(a) Shrenis
(b) Ur
(c) Adimai
(d) Uzhavar

Question 19:  Ventures of which of the following traders were risky but highly profitable?
(a) Peddlers
(b) Seafarers
(c) Merchants with caravans of bullock carts and pack-animals
(d) All of the above

Question 21:  Which one of the following is the author of Arthashastra?
(a) Kalhana.
(b) Kalidasa.
(c) Kautilya.
(d) Bāṇabhaṭṭa.

Whoever needs to take the CBSE Class 12 Board Exam should look at this MCQ. To the Students who will show up in CBSE Class 12 History Board Exams, It is suggested to practice more and more questions. Aside from the sample paper you more likely had solved. These Kings Farmers And Towns Class 12 MCQ are ready by the subject specialists themselves.

Question 23:  The first ever ruler to propagate the principles of Dhamma was
(a) Bimbisara.
(b) Chandragupta II.
(c) Chandragupta Maurya.
(d) Ashoka.

Question 25:  Ashoka is mentioned by which titles in his inscriptions?
(a) Ashoka, Piyadassi
(b) Masattuvan, Ashoka
(c) Devanampiya, Piyadassi
(d) Devaputra, Piyadassi

Question 28:   The spectacular gold coins which facilitated long distance transactions were issued by
(a) Kushanas
(b) The Mauryan rulers
(c) The Saka rulers
(d) The Gupta rulers

Question 29:  Rajagaha which was a capital of Maghadha, was a fortified settlement, located amongst hills. Later, in the fourth century BCE, the capital was shifted to Pataliputra, present-day Patna. Idenify the incorrect reason about choosing the city of Patliputra in this aspect.
(a) Patiliputra is situated at the bank of the river Ganga which was a commanding route of communication along the Ganga.
(b) It’s central location in northeastern India led rulers of successive dynasties to base their administrative capital here.
(c) It is Situated at the confluence of the Ganges, Gandhaka, and Son rivers, Pataliputra formed a “water fort or jaldurga.
(d) Pataliputra is the capital of Nandas, Mauryans, Sungas and the Guptas down to the Cholas.

Question 31:  Which of the following problems do the archaeologists face while deciphering the inscriptions?
(a) Damaged letters
(b) Faint letters
(c) Exact meaning of the words used in inscriptions
(d) All of the above

Question 32: Which of these archaeological sources occupy a significant place in the reconstruction of the ancient Indian history?

Question 36:  King Ashoka sometimes mentioned as ‘Piyadassi’, in the inscription. The meaning of ‘Piyadassi’, is ………………..
(a) Beloved of the gods
(b) Pleasant to behold
(c) Beautiful eyes
(d) Beloved of nature

Question 37:  According to a rock inscription in Sanskrit, composed around second century CE, the Sudarshana lake was repaired by a king of the
(a) Indo-Greeks.
(b) Kushanas.
(c) Satavahanas.
(d) Rudradaman I

Question 39:  The Arthashastra was composed by
(a) Banabhatta.
(b) Kautilya.
(c) Ravikirti.
(d) Ashvaghosha.

Question 40:  The term ‘Sovanika’ was used in ancient India as reference to
(a) carpenter.
(b) goldsmith.
(c) potter.
(d) sculptor.

Question 41:  Scholars in the late nineteenth and early twentieth centuries were primarily interested in the histories of:
(a) kings
(b) travellers
(c) inventions
(d) None of the Above

Question 43:  Scholars from the mid-twentieth century onwards, were primarily interested in the histories of ………………..
(a) Kings
(b) Issues such as economic change, different social groups, etc.
(c) Religious beliefs of people
(d) Marginalised groups.

We hope the information shared above in regards to MCQ on Kings Farmers And Towns Class 12 with Answers has been helpful to you. if you have any questions regarding CBSE Class 12 History Solutions MCQs Pdf, write a comment below and we will get back to you as soon as possible. 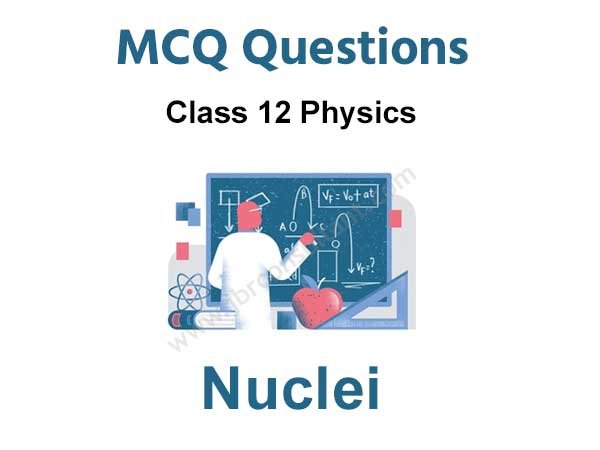