Locomotion and Movement Class 11 MCQ is one of the best strategies to prepare for the CBSE Class 11 Board exam. If you want to complete a grasp concept or work on one’s score, there is no method except constant practice. Students can improve their speed and accuracy by doing more MCQ on Plant Kingdom Class 11, which will help them all through their board test.

Class 11 Biology MCQ with answers are given here to Chapter 20 Locomotion and Movement. These MCQs are based on the latest CBSE board syllabus and relate to the latest Class 11 BIology syllabus. By Solving these Class 11 MCQs, you will be able to analyze all of the concepts quickly in the chapter and get ready for the Class 11 Annual exam.

Question 1. Cardiac muscles are different from that of skeletal muscles as the former are
(a) striated but involuntary.
(b) non striated and involuntary.
(c) smooth or unstriated.
(d) voluntary in action.

Question 2. The macrophages in human body exhibit
(a) ciliary movement
(b) amoeboid movement
(c) no movement
(d) movement with the blood flow only

Question 9. During muscle contraction in humans the
(a) actin filaments shorten.
(b) sarcomere does not shorten.
(c) A-band remain same.
(d) A, H and I bands shorten.

Question 12. Actin protein occurs in which of the following two forms ?
(a) Polymeric F- actin and monomeric G- actin
(b) Monomeric F- actin and polymeric G-actin
(c) The tail and a head
(d) F-actin and G- actin, but both globular.

Question 14. Which of the following is the store house of calcium in muscles?
(a) Sarcosome
(b) Sarcoplasmic reticulum
(c) Creatine phosphate
(d) Sarcomere

Question 16. During resting stage the binding site of actin for myosin remains masked by
(a) troponin
(b) G-actin
(c) tropomyosin
(d) meromyosin

Question 17. In mammals the lower jaw is made of
(a) maxilla
(b) dentary
(c) mandible
(d) ethmoid

Question 18. The axon terminals of a nerve cell and the sarcolemma of a skeletal muscle cell join at the_______
(a) motor unit
(b) synaptic cleft
(c) action potential
(d) neuromuscular junction

Whoever needs to take the CBSE Class 11 Board Exam should look at this MCQ. To the Students who will show up in CBSE Class 11 Biology Board Exams, It is suggested to practice more and more questions. Aside from the sample paper you more likely had solved. These Locomotion and Movement Class 11 MCQ are ready by the subject specialists themselves.

Question 23. Which of the following is a single U shaped bone, present at the base of the buccal cavity and it is also included in the skull?
(a) Hyoid
(b) Malleus
(c) Sacrum
(d) Scapula

Question 24. Which of the following is not part of axial skeleton?
(a) Sacrum
(b) Sternum
(c) Mandible
(d) Humerus

Question 26. Part of the body having a single pair of bones is called
(a) pelvic girdle
(b) external ear
(c) wrist
(d) lower jaw

Question 28. Which of the following vertebrae are fused?
(a) Cervical
(b) Sacral
(c) Lumber
(d) Thoracic

Question 30. The joint in our neck which allows us to rotate our head left to right is
(a) pivot joint
(b) hinge joint
(c) saddle joint
(d) ellipsoid joint

Question 31. An example of gliding joint is
(a) humerus and glenoid cavity
(b) femur and tibio-fibula
(c) occipital condyle and odontoid process
(d) zygapophyses of adjacent vertebrae

Question 32. Identify the joint between sternum and the ribs in humans.
(a) Fibrous joint
(b) Gliding joint
(c) Cartilaginous joint
(d) Angular joint

Question 35. Which of the following is an autoimmune disorder ?
(a) Myasthenia gravis
(b) Osteoporosis
(c) Muscular dystrophy
(d) Gout

Question 37. Read the following statements (A to D) and select the one option that contains both correct statements.
A. Z-line is present in the centre of the light band.
B. Thin filaments are firmly attached to the M-line.
C. The central part of thick filaments, not overlapped by thin filaments is called Z-band.
D. Light band contains only thin filaments.
(a) A and D
(b) B and C
(c) A and C
(d) B and D

Question 39. Which of the following statement is incorrect ?
(a) All movements lead to locomotion.
(b) Ciliary movement help in passage of ova through female reproductive tract.
(c) Microfilaments are involved in amoeboid movement.
(d) In Paramecium, the cilia help in movement of food through cytopharynx and in locomotion as well.

Question 40. Which of the following is not the feature of red muscle fibres?
(a) They have plenty of mitochondria.
(b) They have high content of myoglobin.
(c) They have high amount of sarcoplasmic reticulum.
(d) They are called aerobic muscles.

Question 41. What is not true about human skull?
(a) It is dicondylic.
(b) It includes 6 ear ossicles.
(c) It includes 14 facial bones.
(d) Hyoid is not included in skull bones.

Question 42. Which one of the following is the correct description of certain part of a normal human skeleton?
(a) Parietal bone and the temporal bone of the skull are joined by fibrous joint.
(b) First vertebra is axis which articulates with the occipital condyles.
(c) The 9th and 10th pairs of ribs are called the floating ribs.
(d) Glenoid cavity is a depression to which the thigh bone articulates.

Question 43. Which of the following statements is/are correct?
(i) During muscle contraction, isotropic band gets elongated.
(ii). Acetylcholine is released when the neural signal reaches the motor end plate.
(iii) Muscle contraction is initiated by the signal sent by CNS via a sensory neuron.
(iv) Repeated activation of muscle can lead to lactic acid accumulation.
(a) (i) and (iii)
(b) (ii) and (iv)
(c) (i), (ii) and (iii)
(d) (ii), (iii) and (iv)

We hope the information shared above in regards to MCQ on Locomotion and Movement Class 11 with Answers has been helpful to you. if you have any questions regarding CBSE Class 11 BIology Solutions MCQs Pdf, write a comment below and we will get back to you as soon as possible. 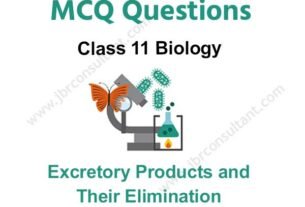