Physical World Class 11 MCQ is one of the best strategies to prepare for the CBSE Class 11 Board exam. If you want to complete a grasp concept or work on one’s score, there is no method except constant practice. Students can improve their speed and accuracy by doing more MCQ on Plant Kingdom Class 11, which will help them all through their board test.

Class 11 Physics MCQ with answers are given here to Chapter 1 Physical World. These MCQs are based on the latest CBSE board syllabus and relate to the latest Class 11 Physics syllabus. By Solving these Class 11 MCQs, you will be able to analyze all of the concepts quickly in the chapter and get ready for the Class 11 Annual exam.

Question 2. Macroscopic domain includes
(a) phenomena at the laboratory
(b) terrestrial scales
(c) astronomical scales
(d) All of the above

Question 4. The person who has been awarded the title of the Father of Physics of 20th century is
(a) Madame Curie
(b) Sir C.V. Raman
(c) Neils Bohar
(d) Albert Einstein

Question 6. The man who is known as the Father of Experimental Physics is
(a) Newton
(b) Albert Einstein
(c) Galileo
(d) Rutherford

Question 7. Which of the following is true regarding the physical science?
(a) They deal with non-living things
(b) The study of matter are conducted at atomic or ionic levels
(c) Both (a) and (b)
(d) None of these

Question 8. Science is exploring, …x… and …y… from what we see around us. Here, x and y refer to
(a) qualitative, modify
(b) experiment, predict
(c) verification, predict
(d) reasoning, quantitative

Question 9. The branch of science which deals with nature and natural phenomena is called
(a) Sociology
(b) Biology
(c) Civics
(d) Physics

Question 15. Consider the following statements and select the correct statement(s).
I. Optics deal with the phenomena involving light.
II. Unification means physical phenomena in terms of few concepts and laws.
III. Macroscopic domain of Physics deals with the constitution and structure of matter at the minute scales of atoms and nuclei.
(a) Only I
(b) Only II
(c) I and II
(d) II and III

Question 16. Madam Marie Curie won Nobel Prize twice which were in the field of
(a) Physics and chemistry
(b) Chemistry only
(c) Physics only
(d) Biology only

Question 18. Louis de-Broglie is credited for his work on
(a) theory of relativity
(b) electromagnetic theory
(c) matter waves
(d) law of distribution of velocities

Question 20. A scientific way of doing things involve
(a) identifying the problem
(b) collecting data
(c) hypothesising a possible theory
(d) All of the above

Question 22. A quantity x is given by (IFv2/WL4) in terms of moment of inertia I, force F, velocity v, work W and Length L. The dimensional formula for x is same as that of :
(a) planck’s constant
(b) force constant
(c) energy density
(d) coefficient of viscosity

Question 23. The man who has won Nobel Prize twice in physics is
(a) Einstein
(b) Bardeen
(c) Heisenberg
(d) Faraday

Whoever needs to take the CBSE Class 11 Board Exam should look at this MCQ. To the Students who will show up in CBSE Class 11 Physics Board Exams, It is suggested to practice more and more questions. Aside from the sample paper you more likely had solved. These Physical World Class 11 MCQ are ready by the subject specialists themselves.

Question 28. The field of work of S. Chandrashekar is
(a) theory of black hole
(b) Cosmic rays
(c) theory of relativity
(d) X-rays

Question 34. The exchange particles for the electromagnetic force are
(a) gravitons
(b) gluons
(c) photons
(d) mesons

Question 35. Which of the following statements is/are correct?
I. Strong nuclear force binds protons and neutrons in a nucleus.
II. In twentieth century, silicon chip triggered a revolutionary changes in technology of computer system.
III. The fossil fuels of the planet are dwindling fast and there is urgent need to discover new source of energy.
(a) Only I
(b) Only III
(c) I and II
(d) I, II and III

Question 36. The pair of physical quantities that has the different dimensions is :
(a) Reynolds number and coefficient of friction
(b) Curie and frequency of a light wave
(c) Latent heat and gravitational potential
(d) Planck’s constant and torque

Question 37. A metal sample carrying a current along X-axis with density Jx is subjected to a magnetic field Bz (along z-axis). The electric field Ey developed along Y-axis is directly proportional to Jx as well as Bz.
The constant of proportionality has SI unit.
(a) M2 /A
(b) M3 /AS
(c) m2 /As
(d) AS / M3

Question 43. Which of the following is the weakest force?
(a) Nuclear force
(b) Gravitational force
(c) Electromagnetic force
(d) None of these

Question 46. Which of the following has infinite range?
(a) Gravitational force
(b) Electromagnetic force
(c) Strong nuclear force
(d) Both (a) and (b)

You can easily get good marks If you study with the help of Class 11 Physical World MCQ. We trust that information provided is useful for you. NCERT Physical World Class 11 MCQ PDF Free Download would without a doubt create positive results.

We hope the information shared above in regards to MCQ on Physical World Class 11 with Answers has been helpful to you. if you have any questions regarding CBSE Class 11 Physics Solutions MCQs Pdf, write a comment below and we will get back to you as soon as possible. 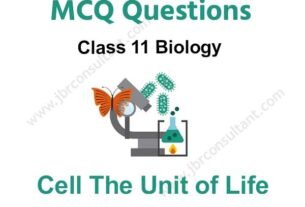 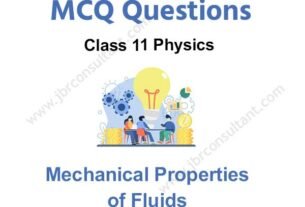