Class 12 Electrostatic Potential and Capacitance MCQ are one of the best strategies to prepare for the CBSE Class 12 Board exam. If you want to complete a grasp concept or work on one’s score, there is no method except constant practice. Students can improve their speed and accuracy by doing more MCQ on Electrostatic Potential and Capacitance Class 12 which will help them all through their board test.

Class 12 Physics MCQ with answers are given here to chapter the Electrostatic Potential and Capacitance. These MCQs are based on the latest CBSE board syllabus and relate to the latest Class 12 Physics syllabus. By Solving these Class 12 MCQs, you will be able to analyze all of the concepts quickly in the chapter and get ready for the Class 12 Annual exam.

Question 1. A conducting sphere of radius R is given a charge Q. The electric potential and the electric field at the centre of the sphere respectively are

(d) both are Zero

Question 3. Charge q2 is at the centre of a circular path with radius r. Work done in carrying charge q1, once around this equipotential path, would be

Question 4. Four electric charges +q,+q, –q and –q are placed at the corners of a square of side 2L (see figure). The electric potential at point A, midway between the two charges +q and +q, is

Question 5. Two charges q1 and q2 are placed 30 cm apart, as shown in the figure. A third charge q3 is moved along the arc of a circle of radius 40 cm from C to D. The change in the potential energy of the system is

Question 7. Two identical metal plates, separated by a distance d form a parallel-plate capacitor. A metal sheet of thickness d/2 is inserted between the plates. The ratio of the capacitance after the insertion of the sheet to that before insertion is
(a) 2 :1
(b) 2 : 1
(c) 1 : 1
(d) 1 : 2

Question 8. Four metallic plates each with a surface area of one side A, are placed at a distance d from each other. The two outer plates are connected to one point A and the two other inner plates to another point B as shown in the figure. Then the capacitance of the system is

Question 9. In brining an electron towards another electron, the electrostatic potential energy of the system
(a) increases
(b) decreases
(c) remains unchanged
(d) becomes zero

Question 12. Electric potential of earth is taken to be zero, because earth is a good
(a) insulator
(b) conductor
(c) semi-conductor
(d) dielectric

Question. 13 Two spherical conductors A and B of radii a and b (b>a) are placed concentrically in air. The two are connected by a copper wire as shown in figure. Then the equivalent capacitance of the system is

Question 19. The ratio of charge to potential of a body is known as
(a) capacitance
(b) inductance
(c) conductance
(d) resistance

Question 20. Two identical conducting balls having positive charges q1 and q2 are separated by a distance r.If they are made to touch each other and then separated to the same distance, the force between them will be
(a) less than before
(b) same as before
(c) more than before
(d) zero

Whoever needs to take the CBSE Class 12 Board Exam should look at this MCQ. To the Students who will show up in CBSE Class 12 Physics Board Exams, It is suggested to practice more and more questions. Aside from the sample paper you more likely had solved. These Class 12 Electrostatic Potential and Capacitance MCQ are ready by the subject specialists themselves.

Question 27. A 2 mF capacitor is charged to 200 volt and then the battery is disconnected. When it is connected in parallel to another uncharged capacitor, the potential difference between the plates of both is 40 volt. The capacitance of the other capacitor is
(a) 2 mF
(b) 4 mF
(c) 8 mF
(d) 16 mF

Question 28. An air capacitor C connected to a battery of e.m.f. V acquires a charge q and energy E. The capacitor is disconnected from the battery and a dielectric slab is placed between the plates. Which of the following statements is correct ?
(a) V and q decrease but C and E increase
(b) V remains unchange, but q, E and C increase
(c) q remains unchanged, C increases, V and E decrease
(d) q and C increase but V and E decrease.

Question 29. Two capacitors of capacitance C are connected in series. If one of them is filled with dielectric substance k, what is the effective capacitance ?

Question 31. When air is replaced by a dielectric medium of force constant K, the maximum force of attraction between two charges, separated by a distance
(a) decreases K-times
(b) increases K-times
(c) remains unchanged
(d) becomes 1/K2 times

Question 33. Two parallel metal plates having charges + Q and – Q face each other at a certain distance between them. If the plates are now dipped in kerosene oil tank, the electric field between the plates will
(a) remain same
(b) become zero
(c) increases
(d) decrease

Question 34. In the electric field of an point charge q, a certain charge is carried from point A to B, C, D and E. Then the work done is

Question 35. If a slab of insulating material 4 × 10–5 m thick is introduced between the plates of a parallel plate capacitor, the distance between the plates has to be increased by 3.5 × 10–5 m to restore the capacity to original value. Then the dielectric constant of the material of slab is
(a) 8
(b) 6
(c) 12
(d) 10

Question 36. A circuit is connected as shown in the figure with the switch S open. When the switch is closed, the total amount of charge that flows from Y to X is

Question 37. A parallel plate capacitor of capacitance C is connected to a battery and is charged to a potential difference V. Another capacitor of capacitance 2C is similary charged to a potential difference 2V. The charging battery is now disconnected and the capacitors are connected in parallel to each other in such a way that the positive terminal of one is connected to the negative terminal of the other. The final energy of the configuration is

Question 40. A solid conducting sphere having a charge Q is surrounding by an uncharged concentric conducting hollow spherical shell. Let the potential difference between the surface of the solid sphere and that of the outer surface of the hollow shell be V. If the shell is now given a charge of – 3Q, the new potential difference between the same two surfaces is
(a) V
(b) 2 V
(c) 4 V
(d) – 2 V

Question 41. A capacitor of 4 μF is connected as shown in the circuit. The internal resistance of the battery is 0.5W. The amount of charge on the capacitor plates will be

Question 43. Equipotentials at a great distance from a collection of charges whose total sum is not zero are approximately
(a) spheres
(b) planes
(c) paraboloids
(d) ellipsoids

Question 46. Two vertical metallic plates carrying equal and opposite charges are kept parallel to each other like a parallel plate capacitor. A small spherical metallic ball is suspended by a long insulated thread such that it hangs freely in the centre of the two metallic plates. The ball, which is uncharged, is taken slowly towards the positively charged plate and is made to touch that plate. Then the ball will
(a) stick to the positively charged plate
(b) come back to its original position and will remain there
(c) oscillate between the two plates touching each plate in turn
(d) oscillate between the two plates without touch them

Question 48. A parallel plate capacitor is connected to a battery. The quantities charge, voltage, electric field and energy associated with this capacitor are given by Q0, V0, E0, and U0 respectively. A dielectric slab is now introduced to fill the space between the plates with the battery still in connection. The corresponding quantities now given by Q, V, E and U are related to the previous ones as
(a) Q > Q0
(b) V > V0
(c) E > E0
(d) U < U0

Question 50. A parallel plate capacitor of plate area A and plate separation d is charged to potential difference V and then the battery is disconnected. A slab of dielectric constant K is then inserted between the plates of capacitor so as to fill the space between the plates. If Q, E and W denote respectively, the magnitude of charge on each plate electric field between the plates (after the slab is inserted), and work done on the system, in question, in the process of inserting the slab, then which is wrong ?

We hope the information shared above in regards to Electrostatic Potential and Capacitance MCQ has been helpful to you. if you have any questions regarding CBSE Class 12 Physics Solutions MCQs Pdf, write a comment below and we will get back to you as soon as possible. 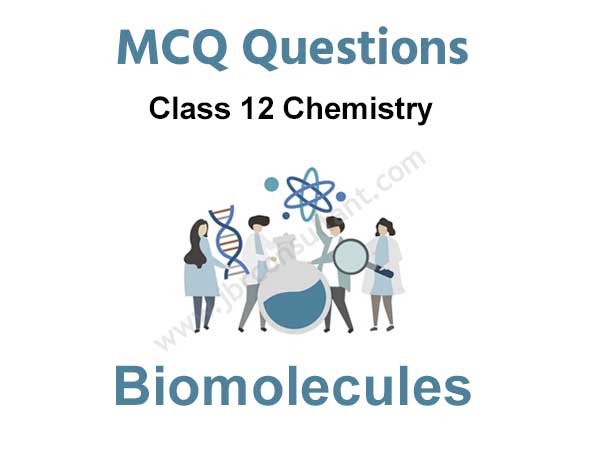