Class 12 The Rattrap MCQ Questions is one of the best strategies to prepare for the CBSE Class 12 Board exam. If you want to complete a grasp concept or work on one’s score, there is no method except constant practice. Students can improve their speed and accuracy by doing more MCQ of The Rattrap Class 12 which will help them all through their board test.

Class 12 English MCQ with answers are given here to Chapter 4 The Rattrap . These MCQs are based on the latest CBSE board syllabus and relate to the latest Class 12 English syllabus. By Solving these Class 12 MCQs, you will be able to analyze all of the concepts quickly in the chapter and get ready for the Class 12 Annual exam.

Learn Class 12 The Rattrap MCQ Questions with answers pdf free download according to the latest CBSE and NCERT syllabus. Students should prepare for the examination by solving the CBSE MCQ of The Rattrap Class 12 with answers given below.

1. After following the sound of the regular thumping, where did the peddler finally land?
a.) Manor house
b.) Forest
c.) Ramjso Iron mills
d.) Mjolis

3. When did the peddler make the rattraps?
a.) Distractive moments
b.) Odd moments
c.) Difficult moments
d.) Happy moments

6. What game did the peddler and the crofter play?
a.) Mehfils
b.) Majlis
c.) Mjolis
d.) Mossacs

7. What is the message of the story?
a.) Love and kindness are powerful reformers
b.) Kindness encourages thieves
c.) Thieves need reprimand
d.) Kindness is powerless

9. What made the peddler finally change his ways?
a.) Edla’s beauty
b.) His mistaken identity
c.) His greed
d.) Kindness and care

10. Why id Edla bring the peddler to her house for Christmas cheer?
a.) Because he was funny
b.) Because she Knew him
c.) Because of his resemblance to her father’s friend
d.) He was goodlooking

12. From where did the peddler get the idea of the world being a Rattrap?
a.) From crofter’s behavior
b.) From his friend’s situation
c.) From Edla’s words
d.) From his circumstances and miserable life condition

Whoever needs to take the CBSE Class 12 Board Exam should look at this MCQ. To the Students who will show up in CBSE Class 12 English Board Exams, It is suggested to practice more and more questions. Aside from the sample paper you more likely had solved. These The Rattrap Class 12 MCQ are ready by the subject specialists themselves.

Question 1. Why did the peddler derive pleasure from his idea of the world as a rattrap?
Answer:- The world had never been kind to the poor peddler. Wherever he went, he was greeted with sour faces and was turned or chase away. Therefore, he derived pleasure from thinking ill of the world in this way. Moreover, he perhaps was jealous of those whose fate was better than his and was rather amuse to think that someday they too would be tempted by the bait and be caught in the rattrap.

Question 2. Why did the peddler think that the world was a rattrap?
Answer:- The peddler was an extremely poor man who earned his living by selling rattraps. His mind thus was always preoccupied with rattraps. He felt that the shelter, food, clothes, riches and joys that the world provided were all baits set to entrap man just as a rattrap offered cheese or meat to entrap rats.

Question 3. Who was the owner of Ramjso iron mills? Why did he visit the mills at night?
Answer:- The owner of Ramjso Iron Mill was an ex – army man. He was very particular about the quality of his products. That is why he visited the mills even at night to make sure that good iron was shipped out from his mills.

Question 4. Why was the peddler surprised when he knocked at the door of the cottage?
Answer:- The peddler was surprised as he was not only welcomed at the night but was also provided food and shelter. He was treated like a guest not as a beggar.

Question 5. What did the peddler sell? How did he make those rattraps?
Answer:- The peddler sold small rattraps made of wire. He made them himself. He got the material by begging in the stores or at the big farms.

Question 7. How did the peddler react when he saw that the ironmaster had recognized him as Nils Olof, an old regimental comrade?
Answer:- The peddler was mistaken by the ironmaster to be an old acquaintance from the regiment. He assumed that the ironmaster would hand him a few kronors and therefore, made no attempts to deny the reference being made. However, when the ironmaster said the that he should not have resigned and suggested that, “ Nils Olof” should accompany him to the manor, he flatly refused to do so, for fear of being recognized.

Question 8. The peddler was given to thievery and begging. Why?
Answer:- The peddler made small rattraps and sold them. But his business was not profitable. So he had to resort to both begging and petty thievery to keep his body and soul together.\

Question 9. Describe the peddler.
Answer:- The peddler was poor and wore shabby ragged clothes. His cheeks were sunken and hunger shone in his eyes. He was tall, with a long grey beard and a bunch of rattraps dangling on his chest.

Question 1. Do you think the title, “The Rattrap” is appropriate? Give examples from the text in support of your view.
Answer:- Selma Lagerlof gives a very apt an logical title to the story. The metaphor
not correct of the rattrap is very effectively used. The whole world is nothing but a big rattrap. All riches, joys, food and shelter are just baits. These baits make people restless, helpless and powerless. The moment anyone touches the bait, the rattrap closes in on him. Then everything comes to an end.
The story revolves around the vagabond, who, though philosophises about the world being a rattrap, falls into its trap. Though the crofter shows him kindness by offering him food and shelter, he robs him. His greed for money makes him fall in the rattrap. Further, when the ironmaster mistakes him to be an old friend, he does him. He decides to cheat him of his money. So even though the peddler tries hard not to fall into the rattrap or worldly riches and materialistic benefits, he ultimately falls into one.

Question 2. How did the peddler feel after robbing the crofter? What course of life did he adopt and how did he react to the new situation?
Answer:- The peddler did not respect the confidence that the crofter had shown in him. As soon as the crofter went to milk his cow, the peddler smashed the window pane and took away the crofter’s thirty kronors. He was quite happy at his smartness. The peddler did not feel any prick in his conscience due to his act of thievery. But he realized that he must not walk on the public highway. Therefore, he turned to the woods. Initially he did not have any problem. Later in the day it became very bad.
It was a big and confusing forest. He tried to walk in a definite direction, but the paths twisted back and forth strangely. He walked and walked without coming to the end of the forest. Finally he realized that he had been walking around in the same part of the forest. All at once he recalled his thoughts about the world and the rattrap. He thought now his turn had come. He thought, he had let himself befooled by a bait and had been caught.

Question 3. The story, “The Rattrap” is both entertaining and philosophical. Do you agree with this statement? Why/Why not?
Answer:- The story, “The Rattrap” is indeed, both entertaining an philosophical. The fast-paced narrative in the the person, generous use of dialogue by the author and different characters belonging to different mindsets and locales make the story interesting and entertaining. Besides, the author has managed to keep up the suspense till the end.
The incidents in the Forge, with the ironmaster coming at midnight, hold our attention. The peddler’s constant refusals to the ironmaster to accompany him, but his accepting Edla’s invitation in one go, the ironmaster’s realization of his mistake, and Edla’s sympathy and generosity, all make the story quite gripping. While all the above events make the story interesting, there is also an element of philosophy in the story.

Somewhere, the peddler’s theory of the world being a rattrap is true. One feels caught up like a rat in the entrappings of the world. Some people fall into this trap never to come out of it again. The story teaches us that, as human beings, we are not above temptations.

You can easily get good marks If you study with the help of MCQ of The Rattrap Class 12. We trust that information provided is useful for you. NCERT Class 12 The Rattrap MCQ Questions Free PDF Download would without a doubt create positive results.

We hope the information shared above in regards to The Rattrap Class 12 MCQ with Answers has been helpful to you. if you have any questions regarding CBSE Class 12 The Rattrap MCQ Questions Pdf, write a comment below and we will get back to you as soon as possible. 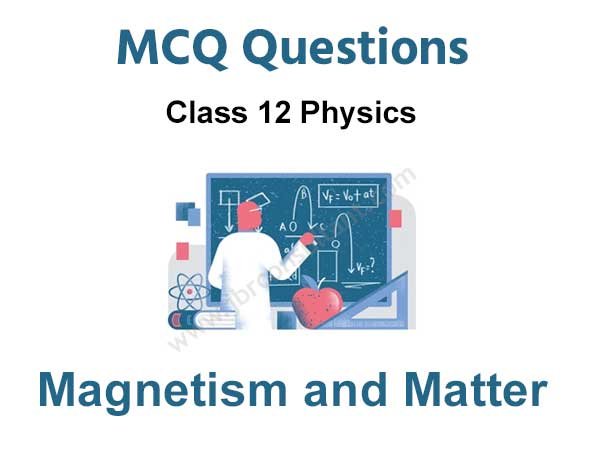 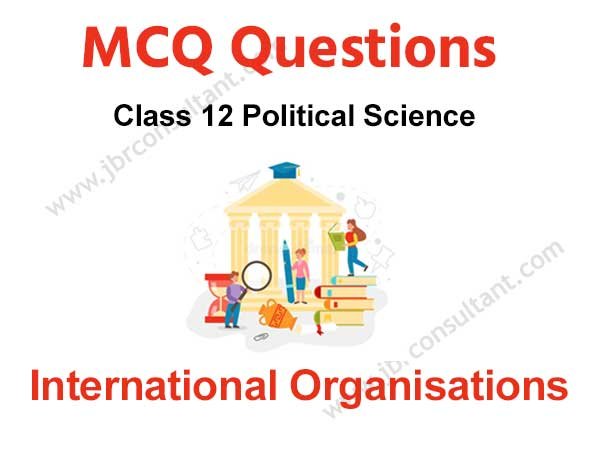 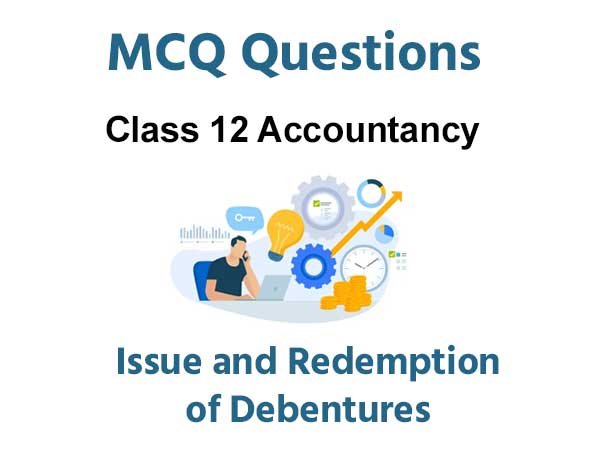