Hydrogen Class 11 MCQ is one of the best strategies to prepare for the CBSE Class 11 Board exam. If you want to complete a grasp concept or work on one’s score, there is no method except constant practice. Students can improve their speed and accuracy by doing more MCQs on Hydrogen Class 11, which will help them all through their board tests.

Learn Class 11 Hydrogen MCQs with answers pdf free download according to the latest CBSE and NCERT syllabus. Students should prepare for the examination by solving CBSE Class 11 Chemistry Hydrogen MCQ with answers given below

Question 2. Which of the following statements is correct ?
(a) Hydrogen has same IP as alkali metals
(b) Hydrogen has same electronegativity as halogens
(c) It has oxidation number of –1 and +1
(d) It will not be liberated at anode

Question 4. The property of hydrogen which distinguishes it from alkali metals is
(a) its electropositive character
(b) its affinity for non metal
(c) its reducing character
(d) its non-metallic character

Question 7. Why does H+ ion always get associated with other atoms or molecules?
(a) Ionisation enthalpy of hydrogen resembles that of alkali metals.
(b) Its reactivity is similar to halogens.
(c) It resembles both alkali metals and halogens.
(d) Loss of an electron from hydrogen atom results in a nucleus of very small size as compared to other atoms or ions. Due to small size it cannot exist free.

Question 8. Which one of the following is not an isotope of hydrogen ?
(a) Deuterium
(b) Tritium
(c) Ortho hydrogen
(d) None of these

Question 9. Which of the following metal evolves hydrogen on reacting with cold dilute HNO3 ?
(a) Mg
(b) Al
(c) Fe
(d) Cu

Question 11. Which of the following is formed when zinc reacts with sodium hydroxide?
(a) Hydrogen gas
(b) Sodium zincate
(c) Zinc oxide
(d) Both (a) and (b)

Question 15. In Bosch’s process which gas is utilised for the production of hydrogen gas ?
(a) Producer gas
(b) Water gas
(c) Coal gas
(d) None of these

Question 19. Which one of the following pairs of substances on reaction will not evolve H2 gas?
(a) Iron and H2SO4 (aqueous)
(b) Iron and steam
(c) Copper and HCl (aqueous)
(d) Sodium and ethyl alcohol

Question 20. Which of the following is not a use of dihydrogen ?
(a) It used in fuel cells for generating electrical energy.
(b) Atomic hydrogen and oxy-hydrogen torches are used for cutting and welding purposes.
(c) It used in the synthesis of hydroquinone and tartaric acid.
(d) Both (b) and (c)

Question 21. Elements of which of the following group do not form hydrides?
(a) Alkali metals
(b) Halogens
(c) Alkaline earth metals
(d) Noble gases

Question 22. Very pure hydrogen (99.9) can be made by which of the following processes ?
(a) Reaction of methane with steam
(b) Mixing natural hydrocarbons of high molecular weight
(c) Electrolysis of water
(d) Reaction of salts like hydrides with water

Question 23. Which of the following is formed on reaction of carbon monoxide gas with dihydrogen in presence of cobalt as a catalyst?
(a) Methanal
(b) Methanol
(c) Methane
(d) Formic acid

Whoever needs to take the CBSE Class 11 Board Exam should look at this MCQ. To the Students who will show up in CBSE Class 11 Chemistry Board Exams, It is suggested to practice more and more questions. Aside from the sample paper you more likely had solved. These Hydrogen Class 11 MCQ are ready by the subject specialists themselves.

Question 28. Saline hydrides react explosively with water, such fires can be extinguished by
(a) water
(b) carbon dioxide
(c) sand
(d) None of these

Question 36. Water possesses a high dielectric constant, therefore :
(a) it always contains ions
(b) it is a universal solvent
(c) can dissolve covalent compounds
(d) can conduct electricity

Question 38. When two ice cubes are pressed over each other, they uniteto form one cube. Which of the following forces is  responsible to hold them together ?
(a) Hydrogen bond formation
(b) Van der Waals forces
(c) Covalent attraction
(d) Ionic interaction

Question 39. At its melting point ice is lighter than water because
(a) H2O molecules are more closely packed in solid state
(b) ice crystals have hollow hexagonal arrangement of H2O molecules.
(c) on melting of ice the H2O molecule shrinks in size
(d) ice froms mostly heavy water on first melting.

Question 42. Which of the following statements do not define the characteristic property of water “Water is a universal solvent”
(a) It can dissolve maximum number of compounds
(b) It has very low dielectric constant
(c) It has high liquid range
(d) None of these

Question 45. Which one the following removes temporary hardness of water ?
(a) Slaked lime
(b) Plaster of Paris
(c) Epsom
(d) Hydrolith

Question 46. Which of the following groups of ions makes the water hard?
(a) Sodium and bicarbonate
(b) Magnesium and chloride
(c) Potassium and sulphate
(d) Ammonium and chloride.

Question 47. When zeolite (hydrated sodium aluminium silicate) is treated with hard water the sodium ions are exchanged with
(a) H+ ions
(b) Ca2+ ions
(c) SO42− ions
(d) OH– ions

Question 48. The process used for the removal of hardness of water is
(a) Calgon
(b) Baeyer
(c) Serpeck
(d) Hoope

Question 50. Permanent hardness of water can be removed by adding Calgon (NaPO3)n. This is an example of
(a) Adsorption
(b) Exchange of ion
(c) Precipitation
(d) None

You can easily get good marks If you study with the help of Class 11 Hydrogen MCQ. We trust that information provided is useful for you. NCERT Hydrogen Class 11 MCQ PDF Free Download would without a doubt create positive results.

We hope the information shared above in regards to MCQ on Hydrogen Class 11 with Answers has been helpful to you. if you have any questions regarding CBSE Class 11 Chemistry Solutions MCQs Pdf, write a comment below and we will get back to you as soon as possible. 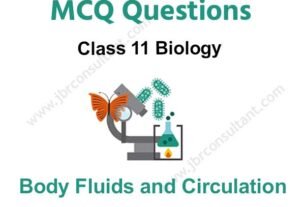 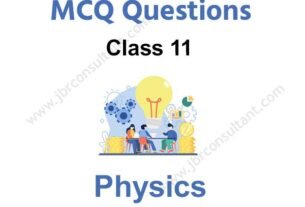