The Age of Industrialisation Class 10 MCQ is one of the best strategies to prepare for the CBSE Class 10 Board exam. If you want to complete a grasp concept or work on one’s score, there is no method except constant practice. Students can improve their speed and accuracy by doing more The Age of Industrialisation class 10 MCQ which will help them all through their board test.

The Age of Industrialisation Class 10 MCQ Questions with Answer

Question 2. What was the fly shuttle used for-
(a) Washing
(b) Weaving
(c) Drying
(d) Sowing

Question 3. Which of the following best defines a Jobber?
(a) Employed by industrialists to get new recruits
(b) Old trusted worker
(c) Person of authority and power
(d) Controlled lives of workers

Question 4. The paid servants of the East India Company were
(a) Seth
(b) Mamlatdar
(c) Gomastha
(d) Lambardar

Question 7. Which among these was a pre colonial sea port?
(a) Hoogly
(b) Vishakhapatnam
(c) Chennai
(d) Cochin

Question 11. Which one is the flourishing industry of England?
(a) Iron and steel industry
(b) Cotton industry
(c) Jute industry
(d) I.T

Question 12. The first Asian country to be industrialized was –
(a) India
(b) Japan
(c) China
(d) Afghanistan

Question 13. Guilds were associations of-
(a) Producers
(b) Industrialization
(c) Exporters
(d) Traders

Question 14. Which one was the pre-colonial port where sea trade was carried on?
(A) Calcutta
(B) Bombay
(C) Orissa
(D) Sura

Question 22. Which of the following was a European managing agency?
(a) Tata Iron and Steel Company
(b) Andrew Yule
(c) Elgin Mill
(d) Birla industries

Question 23. In the 17th century, merchants from towns in Europe moved to the countryside to:
(a) supply money to peasants and artisans to persuade them to produce for international markets.
(b) persuade them to settle in towns.
(c) provide them with small workshops.
(d) stop them from working for other companies.

Question 24. Who was the Staplers and Fullers?
(a) Gathers cloth by pleating
(b) Sorts wool according to its fibre
(c) Both a and b
(d) None of these

Question 25. Why were workers in England hostile to machines and new technology?
(a) They did not know how to use these.
(b) They feared that they would lose their jobs and livelihood.
(c) The workers were too poor to buy new machines.
(d) They were scared of machines.

Whoever needs to take the CBSE Class 10 Board Exam should look at this MCQ. To the Students who will show up in CBSE Class 10 Social Science Board Exams, It is suggested to practice more and more questions. Aside from the sample paper you more likely had solved. These The Age of Industrialisation Class 10 MCQ are ready by the subject specialists themselves.

Question 27. Which one of the following factories was considered as a symbol of new era in England in the late eighteenth century?
(a) Iron and steel
(b) Metal
(c) Jute
(d) Cotton

Question 28. Where was the first cotton mill established?
(a) Bombay
(b) Ahmedabad
(c) Kanpur
(d) Madras

Question 29. Which of the following helped the production of handloom cloth?
(a) Imposition of export duties
(b) Technological changes
(c) Government regulations
(d) Import duties

Question 30. Where was the first Indian jute mill set up?
(a) Bengal
(b) Bombay
(c) Madras
(d) Bihar

Question 32. Which one of the following was the job of the Gomastha?
(a) Supervise weavers
(b) Collect supplies
(c) Examine the quality of the cloth
(d) All the above

Question 33. Which of the following was not a problem of Indian weavers at the early 19th century?
(a) Shortage of raw material
(b) Clashes with Gomasthas
(c) Collapse of local and foreign market
(d) Setting up of new factories

Question 34. Whom did the British government appoint to supervise weavers, collect supplies and examine the quality of cloth?
(a) Jobber
(b) Sepoy
(c) Policeman
(d) Gomastha

Question 35. Which of the following helped the spread of handloom cloth production?
(a) Import duties
(b) Government regulations
(c) Technological changes
(d) Imposition of export duties

Question 36. Which one of the following European managing agencies did not control Indian industries?
(a) Bird Heiglers and Company
(b) Andrew Yule
(c) Indian Industrial and Commerce Congress
(d) Jardine Skinner and Company

Question 37. Which of the following was the main function of jobber, employed by the industrialists ?
(a) To collect money
(b) To set up industries
(c) To get a new recruit
(d) To supply raw material

Question 39. Who among the following set up the first Indian jute mill in Calcutta in 1917?
(a) Seth Hukumchand
(b) G.D. Birla
(c) Jamsedjee Nusserwanjee Tata
(d) None of the above

Question 40. Which among the following cities had trade links with South Asian ports?
(a) Masulipatam and Hoogly
(b) Masulipatam and Surat
(c) Surat and Bomaby (Mumbai)
(d) None of the above

Question 42. Where was the first cotton mill set up in India?
(a) Ahemedabad
(b) Kanpur
(c) Bombay
(d) Madras

Question 44. Which of the following was not a problem of Indian weavers at the early 19th century?
(a) Shortage of raw material
(b) Clashes with Gomasthas
(c) Collapse of local and foreign market
(d) Setting up of new factories

Question 45. In Victorian Britain, the aristrocrats and bourgeoisie preferred hand-made goods as:
(a) they were cheap
(b) they could be obtained easily
(c) they were made of better material
(d) they symbolised refinement and class

Question 46. Which of the following helped the spread of handloom cloth production?
(a) Import duties
(b) Government regulations
(c) Technological changes
(d) Imposition of export duties

Question 47. Which of the following were the pre-colonial ports of India?
(a) Surat and Masulipatam
(b) Madras and Hoogly
(c) Madras and Bombay
(d) Bombay and Hoogly

Question 48. Who among the following was usually employed by the industrialists to get new recruits?
(a) Gomastha
(b) Policeman
(c) Sepoy
(d) Jobber

Question 49. Which of the following mechanical devices used for weaving, with ropes and pullies, which helped to weave wide pieces of cloth?
(a) Handloom
(b) Powerloom
(c) Fly Shuttle
(d) Spinning Jenny

Question 50. Which were the most dynamic industries in Britain during the 19th century?
(a) Cotton and metal
(b) Metal and sugar
(c) Ship and cotton
(d) Cotton and sugar

Question 51. In 1911, 67 percent of the large industries were located in which one of the following places in India?
(a) Bengal and Bombay
(b) Surat and Ahmedabad
(c) Delhi and Bombay
(d) Patna and Lucknow

We hope the information shared above in regards to MCQ on The Age of Industrialisation Class 10 with Answers has been helpful to you. If you have any questions regarding CBSE Class 10 Social Science Solutions MCQs Pdf, write a comment below and we will get back to you as soon as possible. 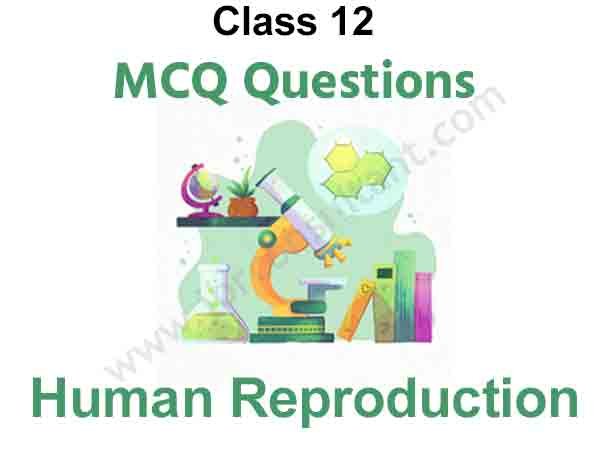