MCQ on Principles of Inheritance and Variation Class 12 Biology is one of the best strategies to prepare for the CBSE Class 12 Board exam. If you want to complete a grasp concept or work on one’s score, there is no method except constant practice. Students can improve their speed and accuracy by doing more Principles of Inheritance and Variation Class 12 MCQ, which will help them all through their board test.

Class 12 Biology MCQ with answers are given here to chapter the Principles of Inheritance and Variation. These MCQs are based on the latest CBSE board syllabus and relate to the latest Class 12 Biology syllabus. By Solving this MCQ on Principles of Inheritance and Variation Class 12 MCQ, you will be able to analyze all of the concepts quickly in the chapter and get ready for the Class 12 Annual exam.

Learn MCQ on Principles of Inheritance and Variation with answers pdf free download according to the latest CBSE and NCERT syllabus. Students should prepare for the examination by solving CBSE Class 12 Biology Chapter 5 MCQs with answers given below.

Question 2. Among the following characters, which one was not considered by Mendel in his experiments on pea?
(a) Trichomes-Glandular or non-glandular
(b) Seed-Green or yellow
(c) Pod-Inflated or constricted
(d) Stem-Tall or dwarf

Question 4. The genes controlling the seven pea characters studied by Mendel are now known to be located on how many different chromosomes?
(a) Seven
(b) Six
(c) Five
(d) Four

Question 6. Which contribute to the success of Mendel?
(a) Qualitative analysis of data
(b) Observation of distinct inherited traits
(c) His knowledge of biology
(d) Consideration of one character at one time

Question 11. Round seed is dominant over wrinkled seeds in Pea. If homozygous, round seeded Pea plants are crossed with wrinkled seeded plants, the offsprings will be
a) All round
b) All wrinkled
b) 75% round and 25% wrinkled
d) 50% round and 50% wrinkled

Question 12. Indicate, the inheritance of which of the following is controlled by multiple alleles
a) Colour blindness
b) Sickle cell anemia
c) Blood group
d) Phenylketoneuria

Question 13. Which one is an example for chromosomal mutation
a) Sickle cell anemia
b) Muscular dystrophy
c) Phenylketoneuria
d) Klinefelter’s syndrome

Question 14. Child has blood group “O” and his father is “B” type. Then genotype of the father should be
a) IBIB
b) IBIO
c) IAIB
d) IOIO

Question 18. In Snapdragon two plants with pink flowers were hybridized. The F1 plants produced red, pink and white flowers in the proportion of 1 red, 2 pink and 1 white. What could be the genotype of the two plants used for hybridization? Red flower colour is determined by RR and white by rr genes.
a) Rr
b) rr
c) rrr
d) RR

Question 21. Experimental verification of the chromosomal theory of inheritance was done by
(a) Mendel
(b) Sutton
(c) Boveri
(d) Morgan.

Question 24. Multiple alleles are present
(a) at the same locus of the chromosome
(b) on non-sister chromatids
(c) on different chromosomes
(d) at different loci on the same chromosome

Question 25. The genotype of a plant showing the dominant phenotype can be determined by
(a) test cross
(b) dihybrid cross
(c) pedigree analysis
(d) back cross.

Whoever needs to take the CBSE Class 12 Board Exam should look at this MCQ. To the Students who will show up in CBSE Class 12 Biology Board Exams, It is suggested to practice more and more questions. Aside from the sample paper you more likely had solved. These MCQ on Principles of Inheritance and Variation are ready by the subject specialists themselves.

Question 27. In Antirrhinum two plants with pink flowers were hybridized. The F1 plants produced red, pink and white flowers in the proportion of 1 red, 2 pink and 1 white. What could be the genotype of the two plants used for hybridisation? Red flower colour is determined by RR and white by rr genes.
(a) rrrr
(b) RR
(c) Rr
(d) rr

Question 35. An organism with two identical alleles is
(a) dominant
(b) hybrid
(c) heterozygous
(d) homozygous.

Question 36. A human male produces sperms with the genotypes AB, Ab, aB and ab pertaining to two diallelic characters in equal proportions. What is the corresponding genotype of this person?
(a) AaBB
(b) AABb
(c) AABB
(d) AaBb

Question 38. When two unrelated individuals or lines are crossed, the performance of F1 hybrid is often superior to both its parents. This phenomenon is called
(a) heterosis
(b) transformation
(c) splicing
(d) metamorphosis.

Question 39. Male XX and female XY sometime occur due to
(a) deletion
(b) transfer of segments in X and Y chromosome
(c) aneuploidy
(d) hormonal imbalance.

Question 40. In a test cross involving F1 dihybrid flies, more parental-type offspring were produced than the recombinant-type offspring. This indicates
(a) the two genes are linked and present on the same chromosome
(b) both of the characters are controlled by more than one gene
(c) the two genes are located on two different chromosomes
(d) chromosomes failed to separate during meiosis.

Question 41. A normal green male maize is crossed with albino female. The progeny is albino because
(a) trait for a albinism is dominant
(b) the albinos have biochemical to destroy plastids derived from green male
(c) plastids are inherited from female parent
(d) green plastids of male must have mutated.

Question 43. Two non-allelic genes produces the new phenotype when present together but fail to do so independently then it is called
(a) epistasis
(b) polygene
(c) non complementary gene
(d) complementary gene.

Question 44. In order to find out the different types of gametes produced by a pea plant having the genotype AaBb it should be crossed to a plant with the genotype
(a) AABB
(b) AaBb
(c) aabb
(d) aaBB.

Question 45. Down’s syndrome in humans is due to
(a) three ‘X’ chromosomes
(b) three copies of chromosome 21
(c) monosomy
(d) two ‘Y’ chromosomes

Question 47. Segregation of Mendelian factors (no linkage, no crossing over) occurs during
(a) anaphase I
(b) anaphase II
(c) diplotene
(d) metaphase I.

Question 48. Which one is a hereditary disease?
(a) Cataract
(b) Leprosy
(c) Blindness
(d) Phenylketonuria

Question 50. When a single gene influences more than one trait it is called
(a) pseudodominance
(b) pleiotropy
(c) epistasis
(d) none of these.

Question 51. Select the incorrect statement from the following.
(a) Galactosemia is an inborn error of metabolism.
(b) Small population size results in random genetic drift in a population.
(c) Baldness is a sex-limited trait.
(d) Linkage is an exception to the principle of independent assortment in heredity.

Question 52. A diseased man marries a normal woman. They get three daughters and five sons. All the daughters were diseased and sons were normal. The gene of this disease is
(a) sex linked dominant
(b) sex linked recessive
(c) sex limited character
(d) autosomal dominant.

Question 53. A man and a woman, who do not show any apparent signs of a certain inherited disease, have seven children (2 daughters and 5 sons). Three of the sons suffer from the given disease but none of the daughters affected. Which of the following mode of inheritance do you suggest for this disease?
(a) Sex-linked dominant
(b) Sex-linked recessive
(c) Sex-limited recessive
(d) Autosomal dominant

We hope the information shared above in regards to Class 12 biology Chapter 5 MCQs with Answers has been helpful to you. if you have any questions regarding Principles of Inheritance and Variation Class 12 MCQ PDF, write a comment below and we will get back to you as soon as possible. 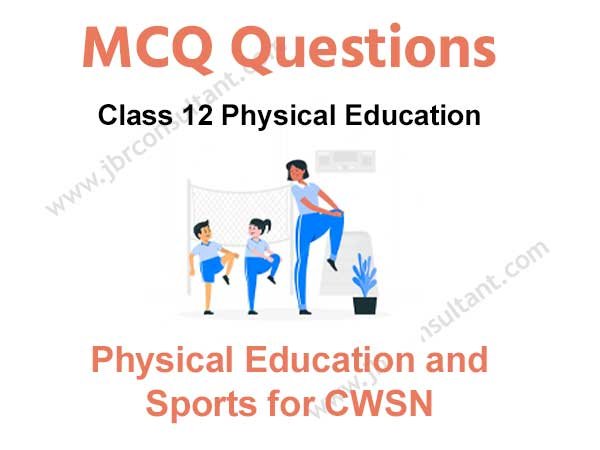